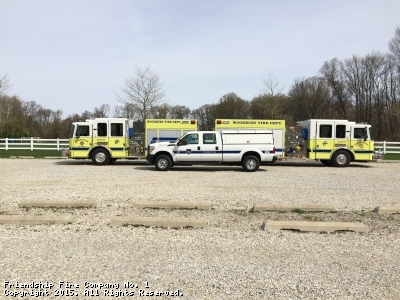 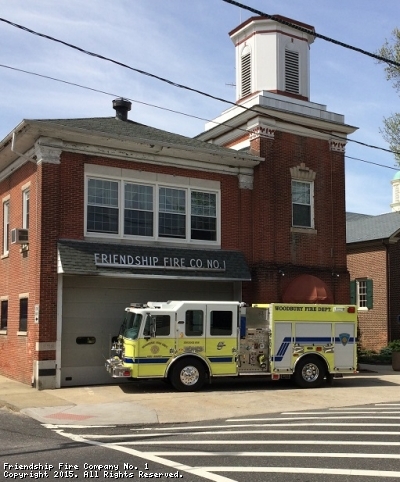 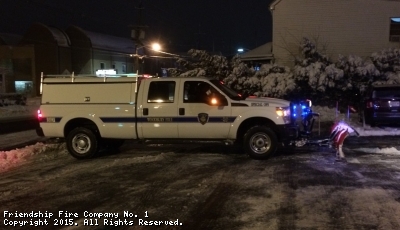 2014 F-350
WFD-51 Newest Vehicle for Special Operations 517 F-350 replaced the 1993 F-150. This vehicle one of the departments most versatile and will respond to Water & Ice Rescues and will pull the Department Rescue Boat and Transport 3-Kayaks, this will also be used in server storm conditions (Floods, Snow included with a snow plow). This unit and TRT-Trailer is also part of the Glo. Co. TRT respond Team one of 5 in Glo. Co. Delivered March 13, 2014
WFD Fleet 2013 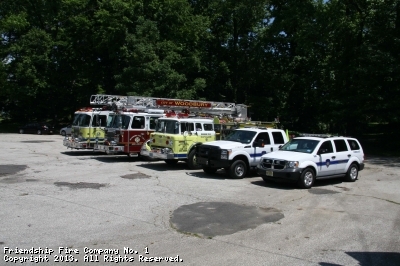 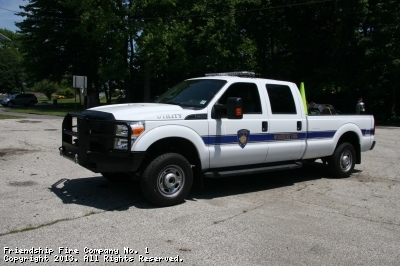 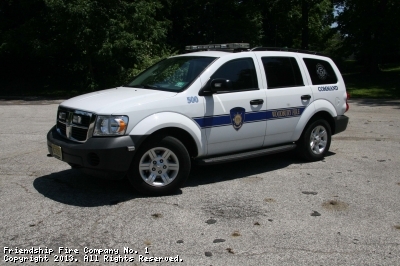 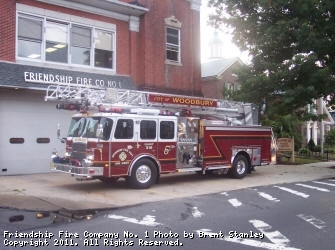 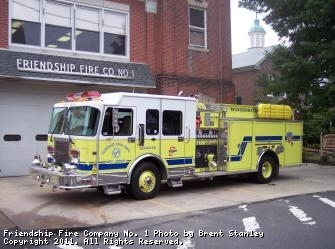 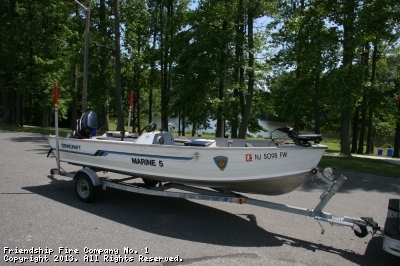 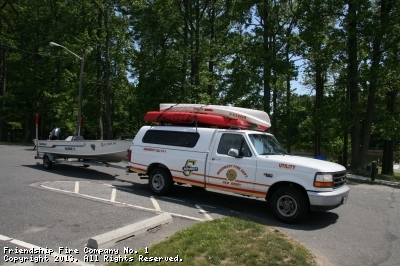 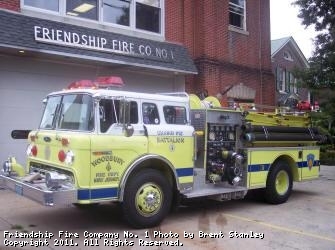 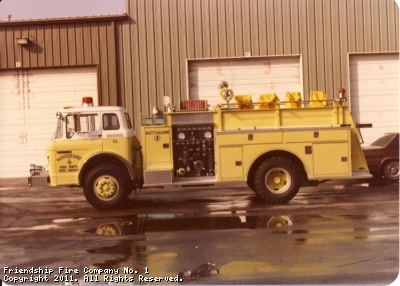 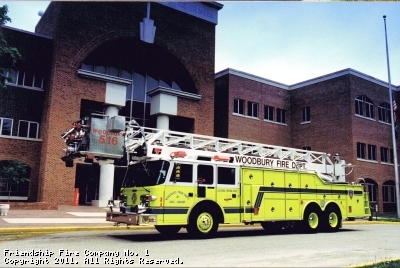 1975 LTI 85 ft. Imperial aerial Ladder
Ladder as shown in photo is after it was refurbished in 1989 w/ changes to the bucket and the jump seat where in closed to meet the Newer NFPA Std.'s of that time.
LIT 85 ft Ladder Plateform 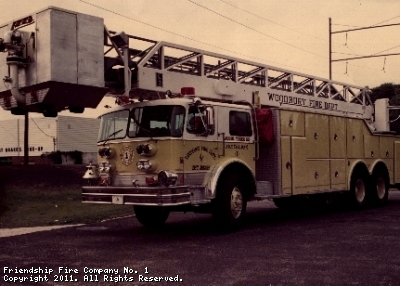 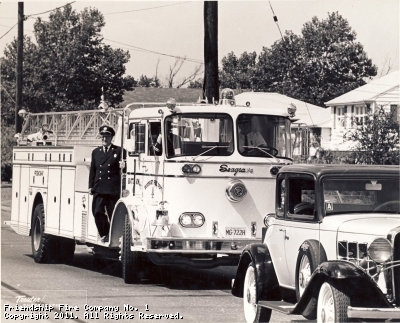 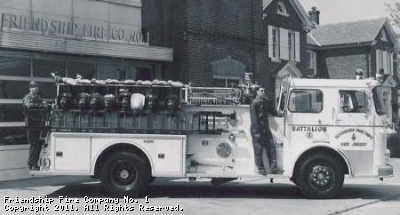 1962 1962 Seagraves
Bob Warfield on Rear tail Board member of Goodwill Fire #2 in Woodbury at time of this photo.
In service until 1980 Replaced by 1000 GMP Pierce Still in Service Today 2011.
Attack Pumper 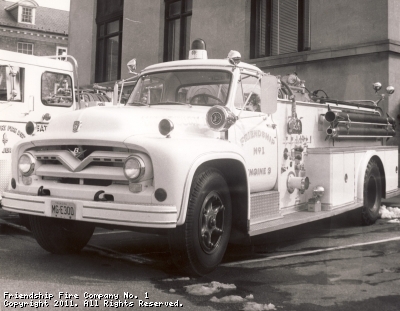 1955 Ford 500 GPM
The Ford Attack Pumper was the 1st. Engine out from 1955 until June 1980. This Engine was instrumental in many large fires in the City of Woodbury for three decades.

This was the longest and most Reliable Engine placed in Service at Friendship Fire Co.
Ambulance 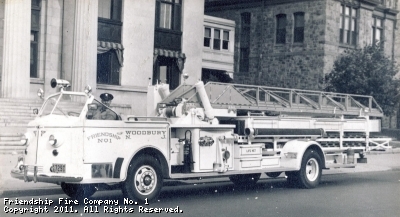 1948 American La France Quint Ladder/Truck
In Service from 1948 until 1969 replaced with Seagrave Aerial. The Bell on the front left bumper on passenger side of cab has been placed on every ladder truck since this ladder before going into service. This Bell is presently on the 2003 Quint the bell is presently.
Pumper 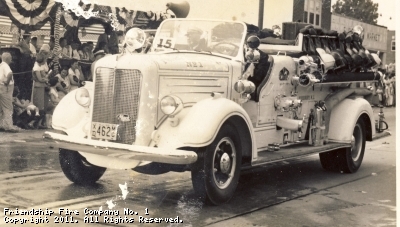 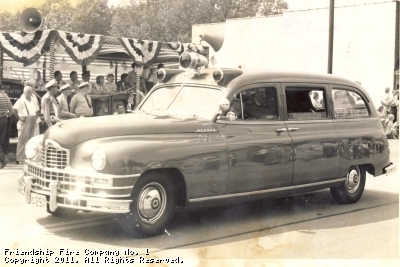 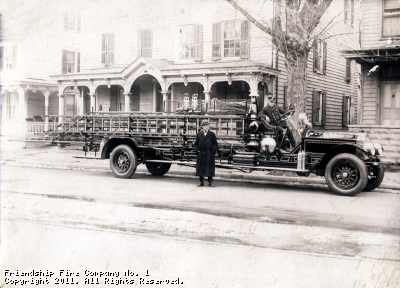 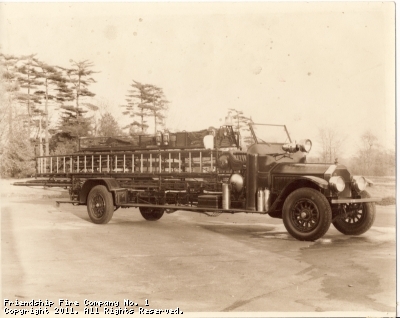 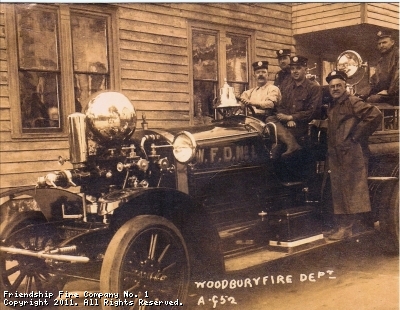 1916 Ahrens-Fox Model K-3 Serial # 622
Ahrens-Fox Model K-3 facts: The K-3 was a 3-in-1 engine; pumper, hose car, and had a chemical tank.
The pump was 700 gpm, positive displacement piston pump. The engine carried 1250-ft. of 2?? hose
and a 40-gallon chemical tank with a top speed of 30 mph.
This is currently stored at Goodwill Fire Copmany on North Broad Street
Horse Drawn Steamer 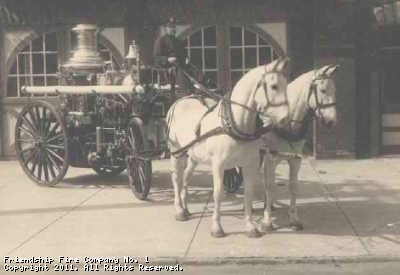 1911 Ahrens-Fox Continental Steamer 3rd Class
Continental model facts: This engine was a "3rd size" engine and rated at 600 gpm and weighs in at 6800
pounds. The steamer cost $5,150. Height is 9' 3" and over all length is 12' 11" (23' 4" with pole). The track
between the wheels is 56 1/2". The pump is multiple-cylinder (2), double-acting, piston, positive displacement
pump. The pump cylinders on our steamer are 4 3/8" x 8". The driving steam pistons are 7 1/4" x
8". Fuel was coal for the boiler and the boiler has hooked-up to a boiler in the firehouse to keep the water
warm to achieve steam faster during a fire response.
This is currently stored in our Museam at 29 Delaware Street
1st. Ladder 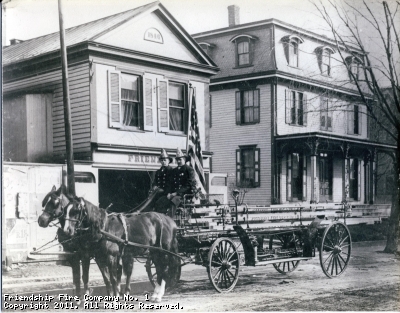 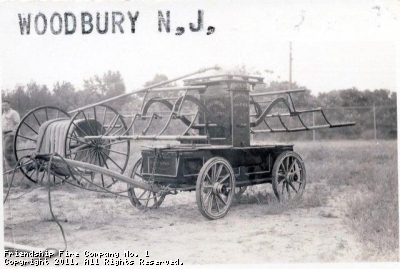 Contact: Membership@FFC51.com
Or Download from File Tab above.
Come Visit with us every third Tuesday of the
Month from 6:30PM until 8:00 PM

Copyright © 2006-2021. YourFirstDue Inc. All Rights Reserved. Designated trademarks and brands are the property of their respective owners. Content on this web site is supplied by Friendship Fire Company No. 1. YourFirstDue Inc. cannot be held responsible or liable for any content, text, pictures, or any other media found on this web site. Maintained by the members and staff of Friendship Fire Company No. 1.
Management Login
Powered by