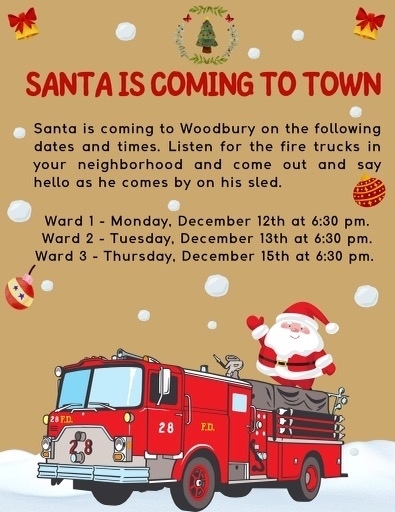 We have just received confirmation from the big guy up north, SANTA will be stopping by the City of Woodbury on his firehouse sled with his favorite firefighters on the week of December 12. Stay tuned...
➜
Passing of Past Secretary James Welch
The Friendship Fire Company #1 announces with deep regret the passing of Past Secretary James Welch. James joined the Friendship Fire Company #1 August 28,1975 and held line number 485. Growing up in ...
➜
James Neal 72 Years of Service 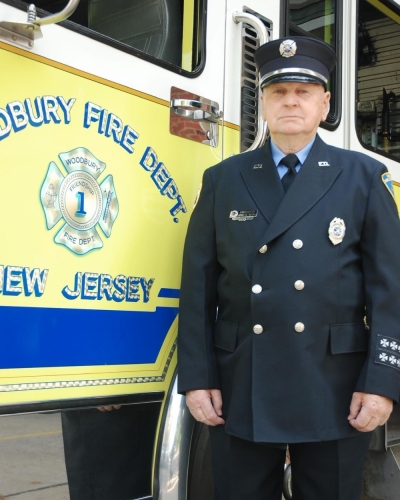 Wednesday September 28th, 2022; Mayor Peg Sickel and the Woodbury City Council in front family, friends, and fellow firefighters presented James Neal a Proclamation for his 72 years of Service to the ...
➜
In Memory: Ralph N. Day

LAST ALARM HAS BEEN RUNG

It is with deep regret the Friendship Fire Company announces the passing of member Ralph N. Day. Ralph Day served the Friendship Fire Company with 68 dedicated and active years. He joined the Friendship Fire Company August of 1949 and till this day Ralph still attended the annual meetings and the annual banquets along with strolling up for his credit for fire calls. Ralph was as a career firefighter for the city working for 33 years before retiring in May 1986 and was a volunteer for 34 plus years serving under 13 of the 23 Chiefs in the department. The fondest memories the young members have of Ralph would be just listening to his stories of his past, and arguing with his longtime friend Jimmy Neal. Keeping a smile on the member’s faces is was Ralph did best. Ralph was at the largest fire recorded in Gloucester County being the Belbur Trunk Fire (now Woodbury Mews). Ralph is the oldest and the longest active member in the Friendship Fire Company till this day. Ralph also had a proclamation made out when he hit his 60 years of service, handed out by The Mayor of Woodbury (scroll down to read proclamation). The members of the Friendship Fire Company and the Woodbury Fire Department express our sympathy to his wife Peggy who has been by his side every step of the way and the rest of his family.

Whereas, Ralph Day, as a young resident in the City of Woodbury, after seeing that the could best serve his community as a volunteer firefighter, and

Whereas, Ralph Day officially joined the Friendship Fire Company of Woodbury, NJ, on August 8th, 1945, so that he could better serve his fellow residents, and

Whereas, after serving as a volunteer for many years Ralph Day was selected to become a member of the paid staff of professional firefighters in the City, and

Whereas, after serving in that capacity for over 30 years Ralph Day continued his service as a volunteer attaining a total of 60 years of active service, and

Whereas, due to his hard work, dedication, and the example of civic and professional leadership he has shown, I hearby do proclaim that tomorrow, March 14, 2009 be known as Ralph Day Day  in the City of Woodbury, and that this event and his accomplishments be recorded forever in the official history in the city.

In witness whereof, I have set my hand and caused the seal of the City of Woodbury, County of Gloucester, State of New Jersey to be affixed this 13th day of March 2009

This site has been viewed 154,599 times.
News
Events
Pictures
Apparatus
Maintained by the members and staff of Friendship Fire Company No. 1. Designated trademarks and brands are the property of their respective owners. Copyright © 2006-2022. YourFirstDue Inc. All Rights Reserved. Content on this web site is supplied by Friendship Fire Company No. 1. YourFirstDue Inc. cannot be held responsible or liable for any content, text, pictures, or any other media found on this web site.
Management login
Powered by

YourFirstDue.com
Websites for Fire and EMS
© 2022 Friendship Fire Company No. 1