436 entries in the Picture Gallery 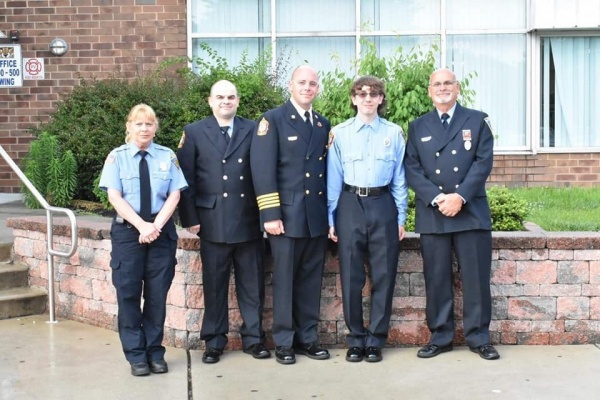 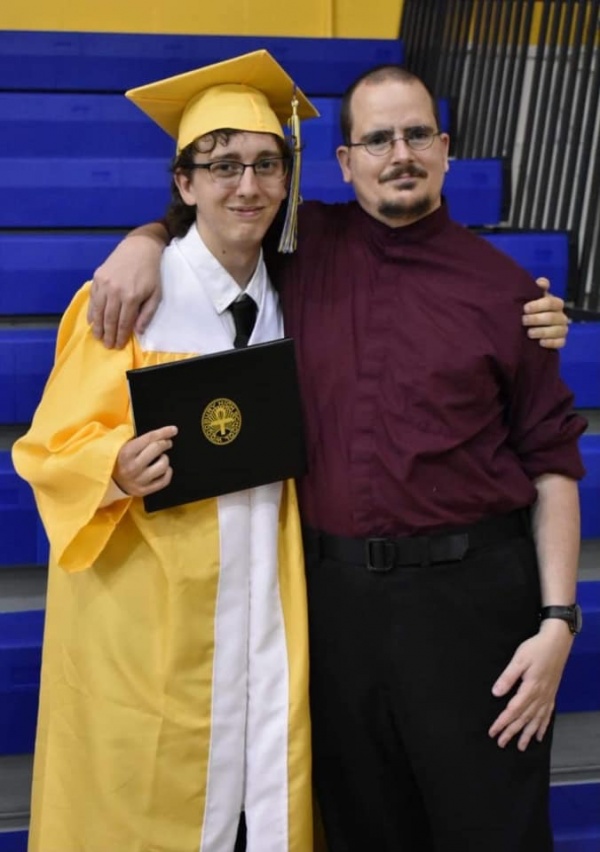 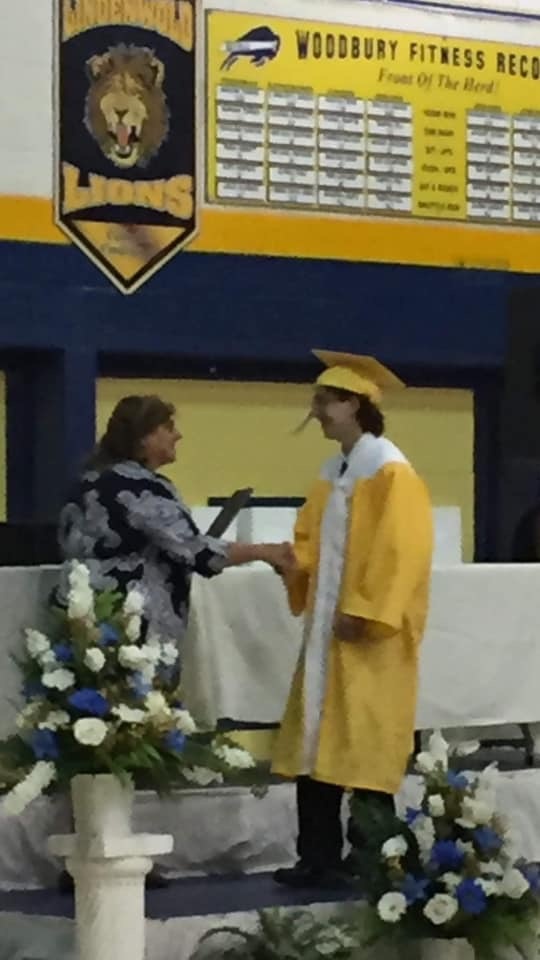 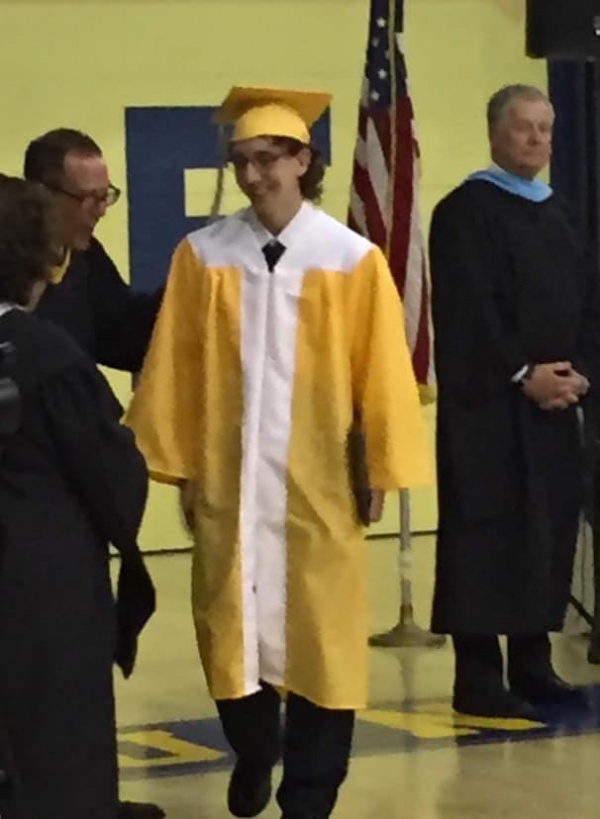 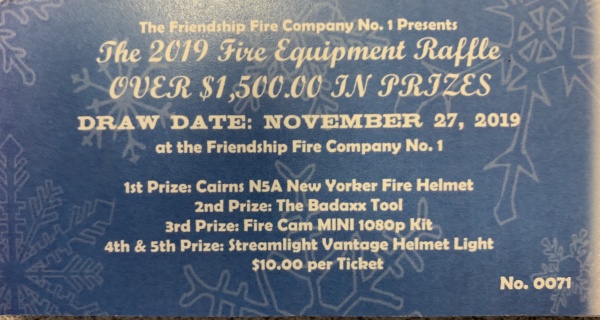 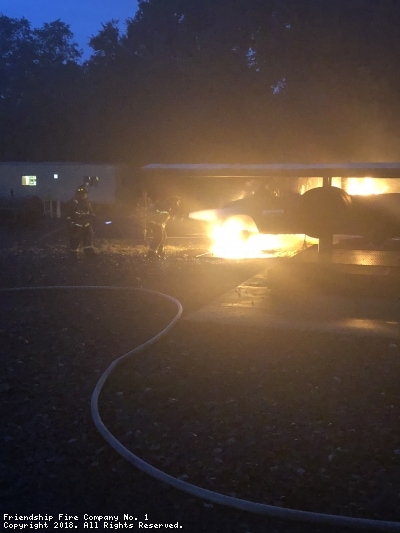 Crews took the night to head down to the fire Academy and train on extinguishing a vehicle fire. Crews also trained on fire extinguishers while they were there. Crews were at the fire academy for approx. 2 hours before returning home. 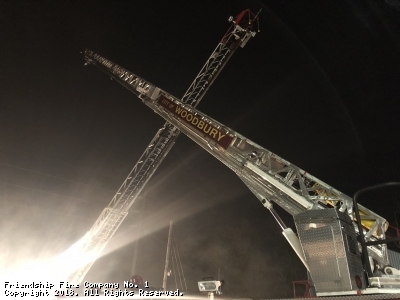 On October 19th 2018, a crew took ladder 516 to Gibbstown's Firehouse to put the truck on display while Gibbstown held their fire prevention 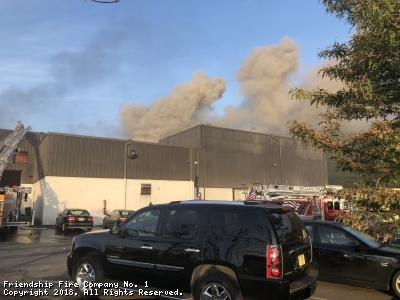 On October 1st, 2018 at approx.. 7:10AM Logan Twp. was dispatched for an alarm system at 501 Sharptown Road an industrial facility. While 1800 (Chief Oatman) was responding the alarm was up graded to a building. He arrived with heavy smoke showing from the building. 1800 filled the box and striking the 2nd alarm. 511 arrived on scene with a crew of 4 as the RIT team, third engine on location. Crews found a machine that was on fire that may have extended to the roof and also caught some pallets on fire. 511 was on scene for approx.. two hours before returning to station with no injuries reported. 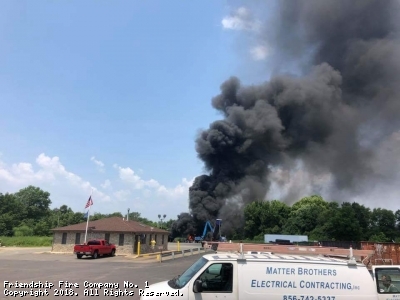 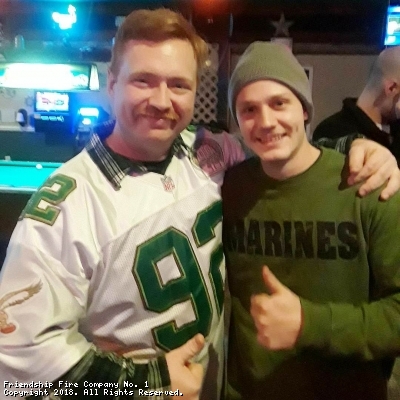 Congratulations to member Brad Volk and Randy Ballinger for their hiring of Philadelphia Fire Department. Both members will start the Philadelphia Fire Academy Monday February 19th 2018 and will continue for just little over six months before getting assigned to a firehouse within the City. Brad Volk started with the Woodbury Fire Department as an Explorer at the age of 14, joined the Marines at age 18 and now is following his dream. Randy Ballinger has been a career firemen in Woodbury for the past 3 years and now will start a new career opportunity over in the City. This now makes 3 total members from the Friendship Fire Company to be hired within the City of Philadelphia Fire Department. Good Luck to both members, graduation dates will be posted as time gets closer. 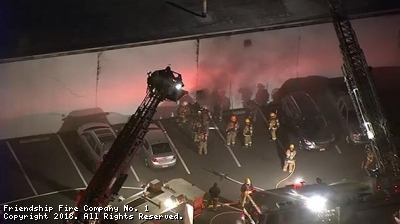 Station dispatched to Barlow Buick on Mantua Ave in Woodbury for a structure. As the police arrived on location they reported to the county that it was the actual service building that they could see smoke coming from. 501 responded and arrived on location assuming command and reported heavy smoke showing from the service part of the building requesting the all hands box filled and immediately going to the second alarm. 511 responded with three and secured their own water supply laying in from Mantua Ave. 516 responded with 2 taking the division d side of the building laddering the roof. 614 (Thorofare) laid supply line into 516 as they laddered the building. 926 and 666 laddered division b side of the building. Once water supply was established crews began searching for the fire being cautious of the detereating conditions of the building attempting to locate the fire from the exterior. Once crews had enough access through multiple entrances throughout the building it was determined that there was a vehicle inside fully involved, building suffered serious heat damage, structural damage and other vehicles within the buildings were also heavily damaged. Crews remained on location while the fire was acting stubborn and running the roof as multiple spots were opened up by Mantua FD. Crews also remained on location for some time while ventilation was taking progress. The fire is currently under investigation by the Woodbury Fire Marshals Office. Companies on scene were Woodbury Fire, Mantua Fire, Tacoma Fire, Community Fire, Thorofare Fire, Greenfields Fire, Colonial Manor Fire, Wenonah Fire, East Greenwich Fire, Woolwich Fire, Westmont’s Ventilation Truck. Thanks to the Friendship Fire Company Auxiliary for taking care of the firefighters by providing coffee and breakfast. 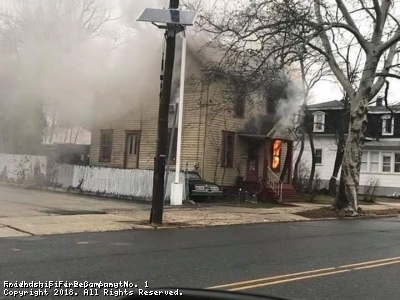 Just shortly after 7:30AM station 5-1 was dispatched to the area of the Heritages on N. Broad Street for a possible house fire. Engine 511 with 3 firefighters, 501 and FM5 responded immediately with a report of a working fire called in by Gloucester County EMS. Engine 511 arrived securing their own water supply laying in from the hydrant to the scene. Crews were met with heavy fire conditions on the first floor of the dwelling. 501 filled the box bringing in additional companies to assist. Engine 511 crew along with mantua FD performed primary search finding one victim who was pulled from the house from the second floor but sadly was pronounced deceased at the hospital. Ladder 926 (Tacoma FD) laddered the dwelling to perform ventilation. Station 6-1 (Thorofare) assisted in extinguishing the fire. The Fire was brought under control with no firefighter injuries. The scene is currently under investigation from the Woodbury Fire Marshals Office, Gloucester County Fire Marshals Office and the Gloucester County Prosecutor's Office.

436 entries in the Picture Gallery

Copyright © 2006-2021. YourFirstDue Inc. All Rights Reserved. Designated trademarks and brands are the property of their respective owners. Content on this web site is supplied by Friendship Fire Company No. 1. YourFirstDue Inc. cannot be held responsible or liable for any content, text, pictures, or any other media found on this web site. Maintained by the members and staff of Friendship Fire Company No. 1.
Management Login
Powered by